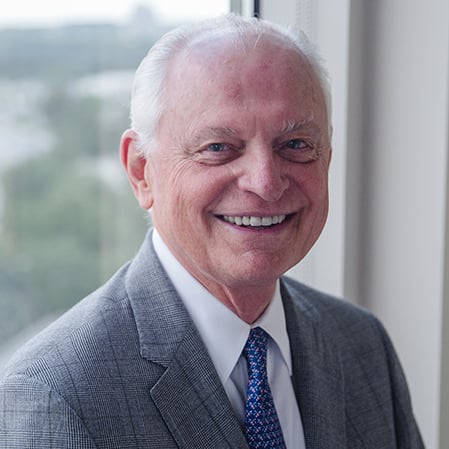 Investors continue to debate the inflation issue, that is, whether the current high levels of inflation will fade with the repair of supply chain disruptions and thus be “transitory,” or if they will become ingrained in the system and become a real problem for the economy on an ongoing basis? The answer to this question is critical for the future of the economy since inflation plays such an important role in determining the potential for economic growth, the level of interest rates, and consumer confidence, among others.

This discussion occurs against a forty-year history of enjoying declining rates of inflation that have led to consistently lower interest rates. Throughout most of this forty-year period our firm has maintained a constructive view on inflation in the belief that there were a number of secular or structural trends at work in the economy that were leading to slower overall economic growth and low inflation. In the wake of the Covid pandemic and its many disruptions in the economy, we are currently experiencing inflation rates unlike anything of recent decades. Investors and economists are now faced with the question of whether the long-term trends that we reference are at a critical turning point. Is this an inflection point in the history of inflation?

We acknowledge that the answer to the inflation problem is a complicated one. There are many issues at work here, and like any other future event, we just don’t know. But it is reasonable to at least lay out probabilities based on traditional economic principles. In this regard, think of inflation as a reflection of the state of supply and demand in the economy. Stated simply, if aggregate demand is greater than aggregate supply, the supply side has leverage to raise prices. Conversely, if aggregate demand is less than aggregate supply, the supplier has difficulty in raising prices. The best measure of aggregate demand is Gross Domestic Product (GDP), and the best measure of aggregate supply is employment. For most of this century GDP has grown at a rate of around 2% per year. This falls considerably below historic GDP growth rates. In other words, there has been a shortage of demand, and this shortage is one of the more important contributing factors to the low inflation we have enjoyed. It is important to think of the supply/demand question in the context of the global economy where there is a great surplus of labor, leading to the ability to create large amounts of supply.

The basic condition of shortage of demand has been turned on its head by the pandemic and the supply side disruptions. Suddenly, we have increased demand as a result of aggressive monetary and fiscal policies which have been stimulating the economy and creating demand at a time when supply side disruptions are limiting supply. The result has been inflation at the highest level in many years. Looked at in this way, is it surprising that we are now experiencing inflation? No, but the question is, will the situation persist?

We believe it is only reasonable to assume that the supply side disruptions will be resolved over time. Admittedly, it is taking longer than expected, but what incentive do producers have to remain idle or incapable of delivering to demand? As to whether the supply/demand relationship has been permanently flipped, we see little evidence to support a stronger demand side in the future. This is where the structural forces come into play: lower demand deriving from an aging population and limited immigration, the growing importance of technology which is inherently deflationary, and income and wealth inequality which leads to a diminished propensity to consume. We do not see a plausible case that these and other structural issues will diminish in importance, much less disappear. All things considered, we favor the “transitory” position, and see as probable our economy returning to “normal” in a few years, with inflation back to more normal levels.

There are always risks to any economic scenario, and in this case we offer for consideration the possibility that the combination of aggressive monetary and fiscal policy, if maintained too long, could lead to increased demand in the future. Here we reference the fact that governments seem to be much more willing to tolerate fiscal deficits, owing to the fact that low interest rates enable these deficits to be financed at lower costs. The persistence of this activity combined with aggressive monetary policy could lead to an overheating of the economy and result in a Federal Reserve (Fed) policy error, either by too early or too late action on their part. These developments will bear watching as we move further into the cycle.

The inflation question remains top of mind as we consider the economic outlook. For now, we favor the “transitory” position but remain vigilant for signs that our economy is going through a major change. We will keep you posted.

This material is distributed for informational purposes only and should not be considered investment advice.